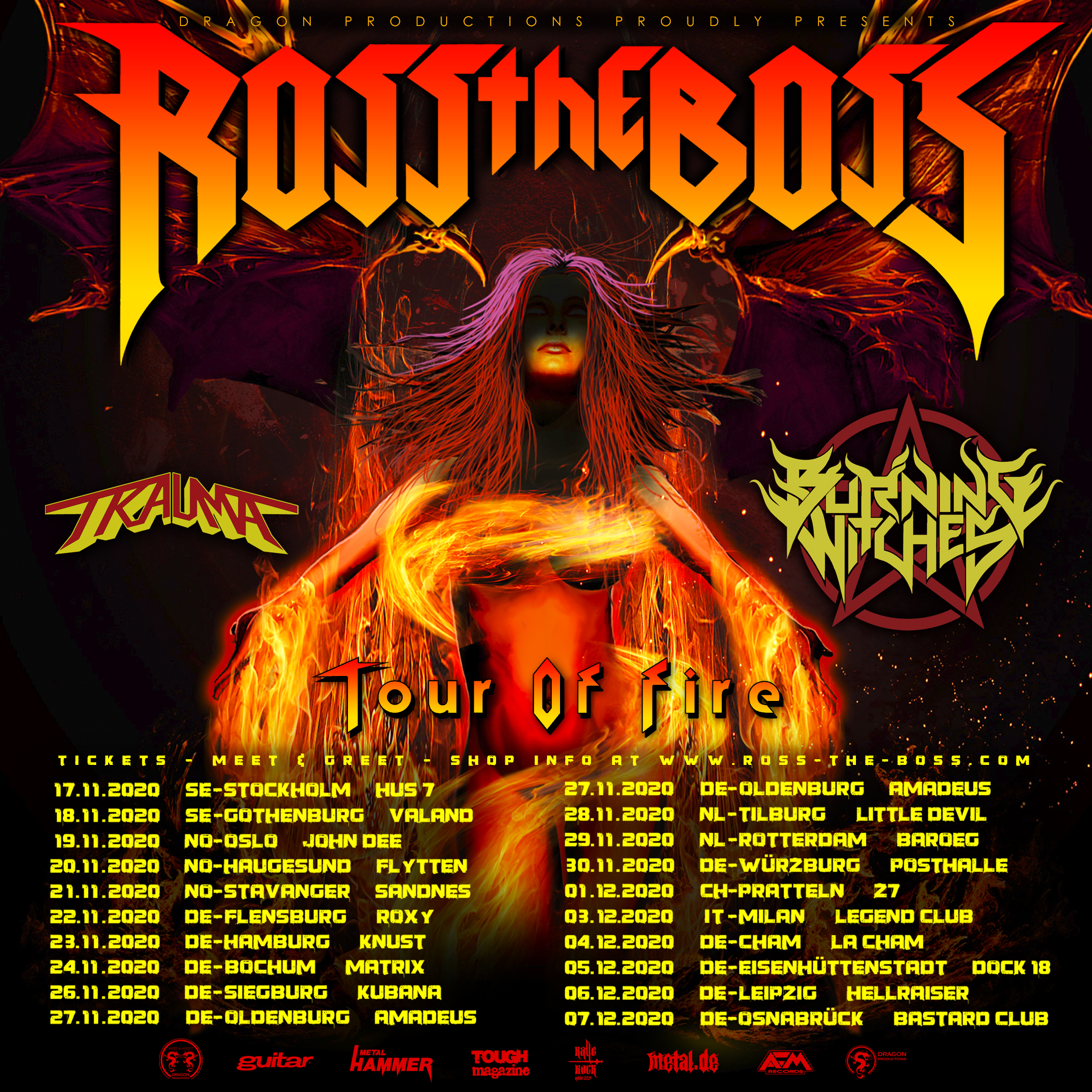 After the successful release of ‚By Blood Sworn‚ in 2018, a full European tour and glorious festival shows all over Europe, the ROSS THE BOSS band returns to Europe in November/December 2020 to promote their upcoming new album on AFM Records:

‚We The Ross the Boss Band are really excited to announce this monster Euro tour. After working so hard this year on our new record Born of Fire, we are ready to unleash it. But don’t worry, we are still playing all the classic tunes that WE ALL LOVE. Do not miss these shows. It’s an amazing package of unbridled metallic and RnR power!!!‘

Ross and his band are teaming up with the Swiss all girl metal outfit BURNING WITCHES and California based true metal band TRAUMA.

The Burning Witches will release their new album in March on Nuclear Blast Records:

‚Those are exciting news for us – of course we are big MANOWAR fans! So when we got asked to join ROSS THE BOSS on this European tour, we were thrilled & flabbergasted!  It is a big honour to share the stage with such great & experienced musicians! This is a kick ass billing for Heavy Metal maniacs – we hope to see many WITCHES disciples out there next April!‘

And Kris from TRAUMA comments: